The Augmented Human: The Convergence Between Human Intelligence and Artificial Intelligence

Home/The Augmented Human: The Convergence Between Human Intelligence and Artificial Intelligence
Previous Next

The Augmented Human: The Convergence Between Human Intelligence and Artificial Intelligence

How much is prophecy and how much is reality in Terminator? Will Skynet take away our work? How will the so-called “Job Apocalypse” affect us?

Beyond the impact of the digital age on the average user, the digital transformation in the business world brings with it a major revolution in today’s jobs.

A few weeks ago we had the opportunity to attend an event organised by Barrabés.biz and APD: “A practical and operational vision of Machine Learning.” At this event, different speakers, including our CEO Juan María Aramburu, reviewed how Artificial Intelligence, and more specifically Machine Learning, are changing the era in which we live, by considering different use cases and applications of AI technologies in the different sectors, from implementation of condition-based maintenance models in the industry sector, to prediction models (industry/insurance sector) or recommendation (retail).

Of course, another major theme was the “Job Apocalypse“. Most speakers agreed that although artificial intelligence will destroy jobs, these will be mainly low-skilled jobs and AI will allowing employees to specialise and add value in other areas.

Far from being replaced by machines, collaboration between machine and human will increase the capabilities of both so that the point where both converge will be the key to success.

Source: Human + Machine. Reimagining Work in the Age of AI.

Augmented Human is a term that is slowly coming into our lives. It is generally used to refer to technologies that improve productivity or human capacity or that are somehow added to and included in the human body, such as the wide variety of implants and other technologies that allow humans to increase their physical limits or the ability to process hundreds of thousands of data in seconds so that later, the human only needs to draw the conclusions. 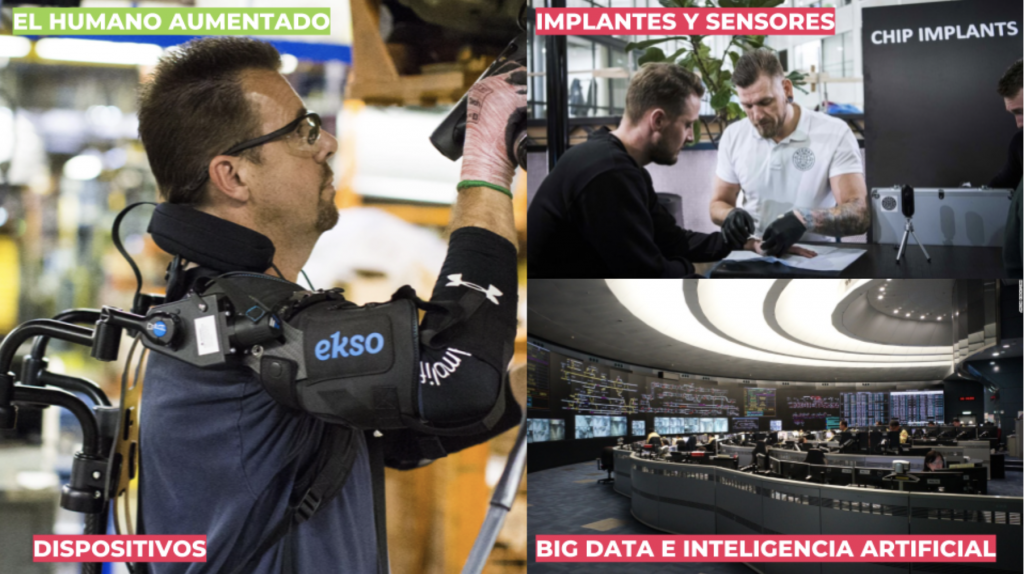 Once this symbiosis occurs between human and machine, each will take the other to higher levels of performance. Companies that are able to exploit this model and reinvent their business processes to make the most of this human-machine collaboration will have a crucial competitive advantage in the years to come.

About the Author: Ana Manzanares