There is much talk about “Agile” and “DevOps” in the digital transformation process. Today both concepts have very positive connotations in the IT world and it has been shown that organisations that make the effort to adopt these cultures gain a competitive advantage.

In the marketplace, more companies are opting for these philosophies when constructing software products. Adopting this way of working is significant and in order to better understand it, we will talk a little about these two concepts and how they may be followed alongside each other.

DevOps represents a change in IT culture. It focuses on rapid delivery by adopting Agile practices in the context of software delivery. It may be defined as a combination of software development and operations, where barriers between the two areas are broken down. Collaborative work between development and operations teams results in mutual benefit.

As well as being a cultural shift, DevOps brings adaptation on a technological level. Selection of tools is crucial to assure product delivery is rapid, of better quality, lower cost and with a higher frequency of releases. 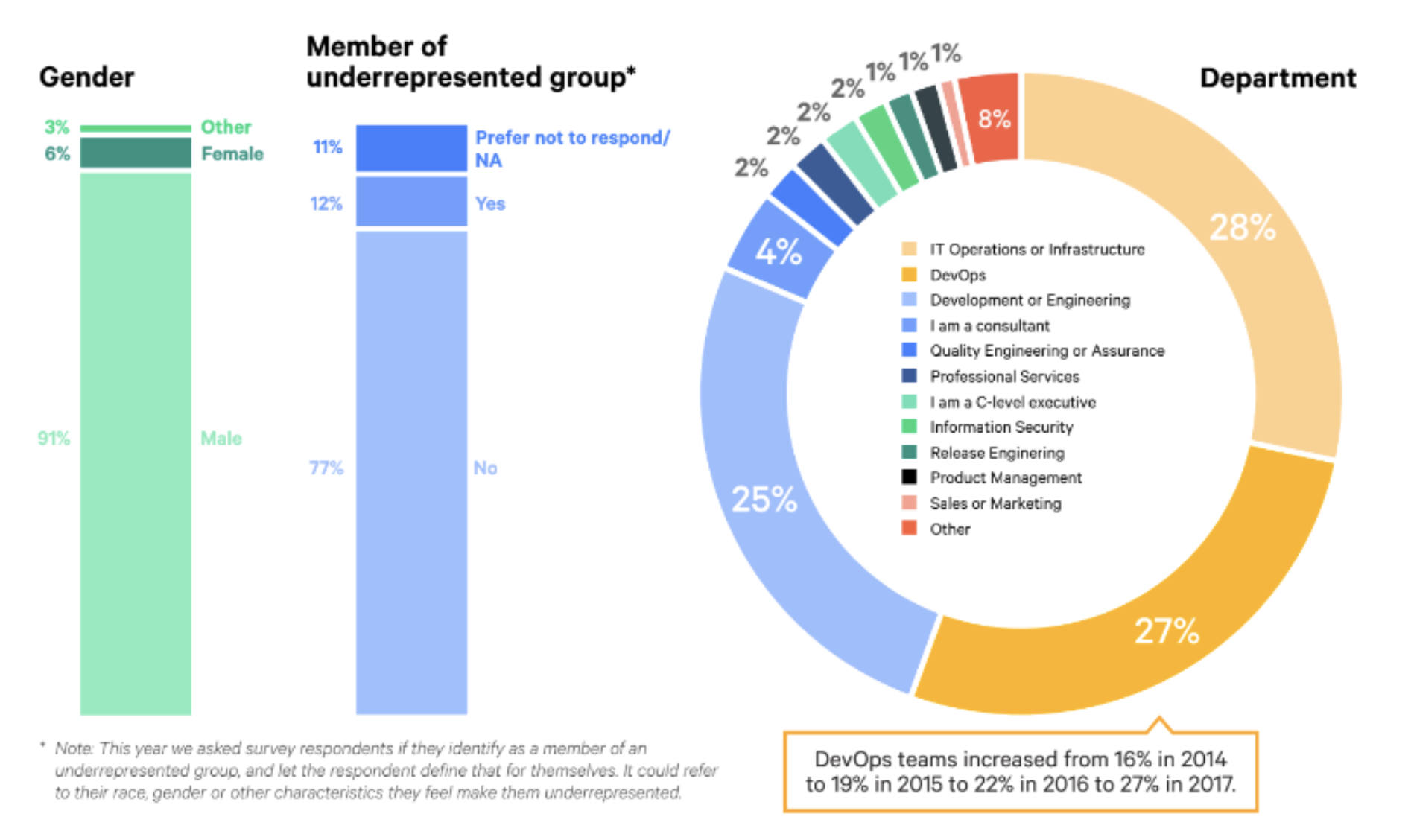 Statistics on adoption of DevOps culture. Source: State of DevOps Report by Puppet and Dora.

Agile came about via a manifesto of values and principles created in 2001 by a series of software development models. The intention was to announce a change from the way in which software had been developed up to that point, with the impetus on creating self-organised and empowered teams that would generate increased value iteratively and in close collaboration with the client.

This philosophy led to the creation of methodologies of software development or frameworks that were or would be aligned with this way of thinking: Scrum, Kanban, Crystal Clear, FDD… And it has been followed by many organisations as a way of bringing about an internal cultural transformation of the processes that had been undertaken previously.

Following a DevOps culture-based methodology is much easier for organisations that already follow agile principles. These organisations value iterative and incremental progress and strong collaboration between users and clients.

Development cycles in organisations that follow Agile philosophy are based on short repetitions (normally from one to three weeks) and small teams focused on delivering software to committed users who can provide continuous feedback throughout the solution’s evolution.

This focus is better complemented with DevOps culture, which promotes joint working between development and operations teams and collaboration with stakeholders outside the development team.

The members of these teams have the necessary expertise to carry out the work without having to depend on people outside the team. This does not mean that a person can only form part of one team. For example, someone with a good knowledge of operations can form part of various teams and bring their skills and expertise to improve the quality of deliverables and to help add to the skills of other members of the team.

The first step to working with Agile and DevOps philosophies is to focus on the early and frequent delivery of quality software. Many organisations concentrate on having teams that are dedicated to reducing costs and risks, instead of being aligned with delivering value to the client. The first stage is to avoid this and instead to take a holistic approach to bringing value to the business.

Once the team is more integrated with these philosophies, the second step is to adopt these processes to gain a better understanding of both construction and delivery of the software. As Product Owner, it is useful to analyse these processes when making decisions about the product. It is also helpful for members of the development and operations teams to have better ideas in their working practices, which encourages continuous improvement.

The final objective involves uniting both teams to work together. Teamwork is based on clearly measurab